I don’t know if you know this but it’s Eurovision week!

For some of you, this might be the first time you read about Eurovision so I will briefly introduce this occurrence to you.

What is the Eurovision? The Eurovision Song Contest is an annual music competition in which many countries from Europe (and some that are geographically outside Europe but have some connection to the broadcasting entity) participate. Every year there is a theme and each competing country presents a song accordingly.
This year the Netherlands is hosting the competition (the Netherlands won the contest in 2019, and became the host for the following edition) in Rotterdam, and the theme is “Open Up”.

When was the first Eurovision held? The first Eurovision was held in 1956, in Switzerland. It was inspired by an Italian song contest “Il Festival di Sanremo”.
7 countries competed: Belgium, France, Germany, Italy, Luxembourg, Netherlands, and Switzerland. It was originally broadcast principally via radio.
The Eurovision was broadcast every year ever since, with more and more countries joining, except for 2020, when it was canceled due to the pandemic, making this the 65th edition.

Why should I watch Eurovision? Eurovision is a great celebration of inclusion and diversity, it is a great opportunity to come across new places and new ideas, learn about new countries, and listen to new music.

How can I watch Eurovision?
The Netherlands is doing an exceptional job hosting this year, the festival is live-streamed and uploaded on the official Youtube channel.
The first semifinal was on the 18th, you can already watch it here, today the second semifinal will be broadcast at 21:00 CEST, 3 AM in Japan, but you will be able to watch the video on the Youtube Channel tomorrow morning.
The grand final will be on Saturday 22nd at 21:00 CEST.

Here’s a video of my favorite contestant this year 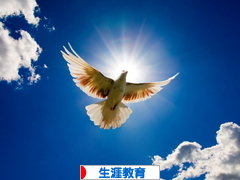